alazzo Cucchiari distinguishes itself for its simple and clear style which combines the linearity which was so en vogue at the time (and which can be found in many other properties made in Carrara by the Caselli such as Palazzo Binelli, Aurelio Saffi School, Dogali police station, Politeama Verdi, the Marcognano cemetery and Piazza D’Armi.)

The palace was built on a rectangular plot, which includes a courtyard garden, and four floors above ground. Inside the building the floors were built according to the Venetian mosaic tradition and the frescoes decorating the main rooms were allegedly made ​​by local craftsmen. From the ground floor , using the center stairwell as an observation point you can enjoy an almost hypnotic vertical perspective, a visual effect rendered such by strict geometric lines that accompany the view of the three flights of cantilevered steps leading to the top floor building painted with geometric and floral designs.

The canteens and the last floor are also beautifully decorated, and both feature a staircase to a ramp that takes you to a beautiful view. 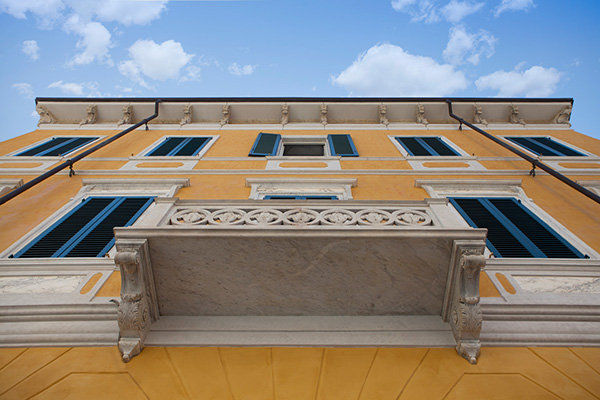 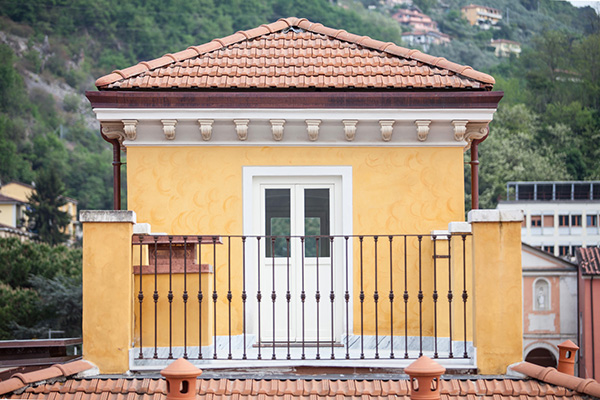 The top floor (fourth above ground) is an attic, thanks to barrels that support the roof, following the typical technological choices of Crescentino and Leandro Caselli; a scale single ramp leads to a kind of roof-terrace lookout, which allows a view of the urban landscape of Carrara.

From 1891, Palazzo Cucchiari was the residence of the family of the cavalier Giovan Battista Cucchiari until the marble industry crisis of 1930, a failure which ruined the family business. The building was sold and converted into the Institute of Social Security only to then become , after World war II , a higher educational institution .

Palazzo Cucchiari, after a long and careful restoration, is now home to the Giorgio Conti foundation which hosts cultural events, debates, and art exhibitions, with the aim to promote and make known the rich Carrara culture. 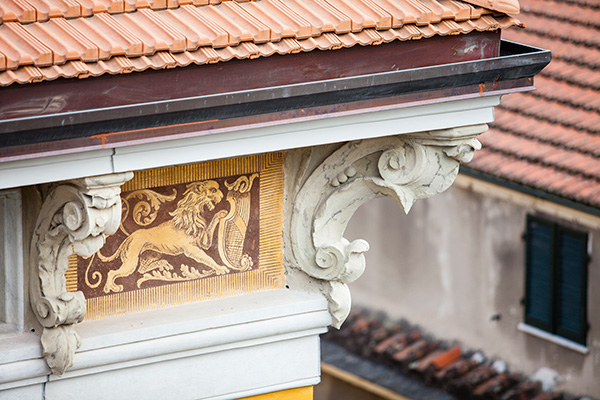 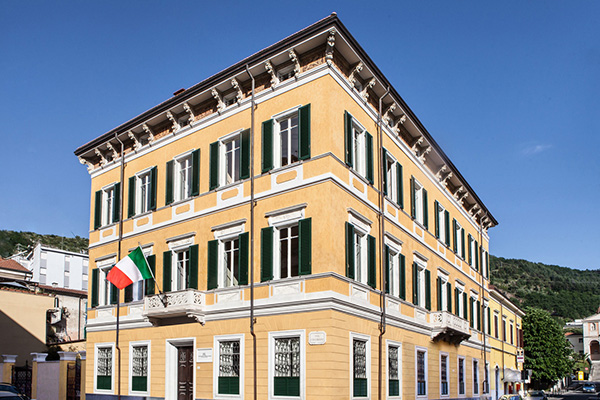